Pench National Park does not need any introduction as it is already a well-acclaimed national park and tiger reserve.

Pench National Park is located in Chhindwara and Seoni districts of Madhya Pradesh (India). It is an ideal destination for wildlife enthusiasts and nature lovers; Pench attracts huge tourists who wish to experience both. Situated in the southern reaches of the Satpura hill ranges, this national park is located in an area that keeps a significant place in the natural history of central India. Its name has been derived from Pench River that flows through the tiger reserve and divides it nearly into two equal parts eastern and western halves-the well woody areas of both districts. The area in which national park is located is well known for its abundance of rich flora and fauna and has appeared in various wildlife books dating back to 17th century. The park is bestowed with several species of animals such as Tigers, Leopard, Guars, monkeys and deer etc. are easily seen. The park is in the proximity of Pauni on National Highway 7 and very close to Maharashtra and Nagpur.

The Park was declared as a sanctuary in the year of 1965, but in 1975, it was elicited the status of national park. It was established as Pench Tiger Reserve in 1992, which covers now total area of approx 758 square kilometers. The Pench National Park form the centre zone of the Tiger Reserve that covers approx 292.85 square kilometers, and the Mowgli Pench Wildlife Sanctuary covers 118.30 square kilometers of areas. 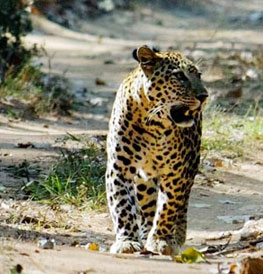 Pench Weekend tour package that you can enjoy during your weekend holidays. 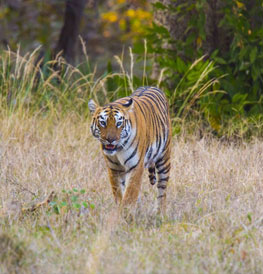 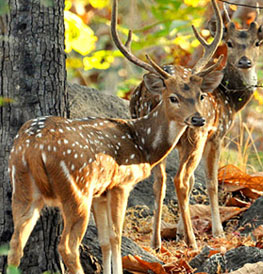 this tour package is brilliant to offer you varied shades of wild animals. 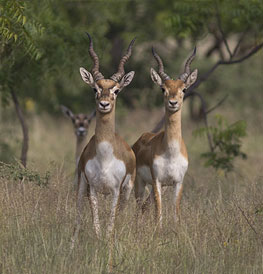 For more clear idea about your Pench Tiger Tour Package, read on this tour more..

You would definitely have seen the famous cartoon called the Jungle Book during your childhood and have you ever wondered where the inspiration of the jungle would have come from to the poet? Well, it is the Pench National Park and Forest that made the writer of this book so fascinated that he brought his experience right in his creation.

Pench National Park and Tiger Reserve is also called Indira (Priyadrashini) Pench National Park. It falls in the lower south ranges of majestic Satpura Hills of Madhya Pradesh state in India. It gets its name from the river flows through its forest and is spread is a vast territory of 758 sq. kms. This amazing park is a perfect mixtures of moist tropical deciduous and dry deciduous forest and full of climbers and attractive shrubs. The shady trees of Tendu, Amaltas, Palash, Teak, Bija, Mahua etc. make this forest an enticing place for wildlife enthusiasts. Numerous water bodies are linked here with a huge groups of exquisite bamboo grass.

Just as wild animals, Pench national park is loved by a variety of birds as around 300 avian species are found here making this place a heaven for bird lovers. Other species of faunas of Pench National Park include 50 fish species, 45 butterflies’ species, 10 amphibians’ species, 54 moths, 30 reptiles and numerous kinds of insects live and flourish here.

With such an impressive presence of distinct wildlife in Pench Tiger Reserve, this place amazingly serve the best and the most unique wildlife experience to travellers who come from varied sides of the globe. The uniquely wild ambiance of Pench National Park had encouraged Rudyard Kipling to write one of the most popular creations of his life – the Jungle Book. The whole book and its content are inspired by the wildlife and wild territory of this park and this is the reason, your visit to Pench National Park would enable you to have feel of the presence of Bagheera and Sher Khan during your safari excursions. During these sessions, you would definitely remind the small heroic boy Mowgli as pench national park was the home of this character also. In this park, you would surely have sights of the Jungle King – Tigers due to their higher presence in its territory.

Pench national park remains open for tourists from November to June months and the summer time is the best period to explore the wild territory of Pench. In this period, you have a better scope to meet the wildlife of the park.

For a comfortable tour experience, there are several accommodation options available around and inside the park. The Pench Jungle Camp is one of the most famous and great accommodation alternatives for Pench tourists as this camp runs under the Madhya Pradesh Tourism Development Corporation and guests are provided accommodation here in AC rooms and tents. Besides it, the Baghvan Lodge is another great accommodation option at Pench National Park as it runs by Taj Group of Hotels and lies in the proximity to the park’s entrance. At this place, you will find accommodation in cottages and relaxing lounge and a spacious dining area compliment the stay.

This way, the magical territory of Royal Bengal Tigers is simply attractive and stunning for a wildlife explorer. This park is one of the most fabulous places in the world where one can see the best moments of wild animals. For perceiving the real wilderness in India, one must plan a visit to Pench Forest and Reserve. 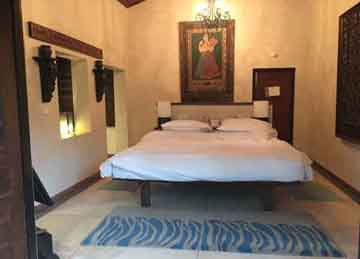 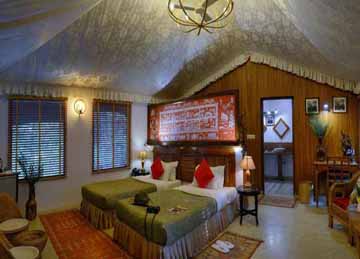 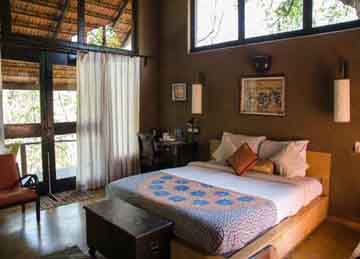 What is the Best Time to Visit Pench National Park?

The climatic condition in Pench National Park is tropical with extremes of climates. The most suitable time to explore Pench Tiger Reserve is between November and February. However, in the months of April and June the chances of spotting a tiger are more when they come close to water bodies for a drink.