Located at the core of India – Madhya Pradesh state, Pench National Park is built in a big area of 758 sq. kms on the southern corner of MP in the districts of Chhindwara and Seoni which shares its border with the Maharashtra state. An extended area of 257 sq. kms of Pench National Park falls in the Maharashtra state; however, can also be accessed from MP. 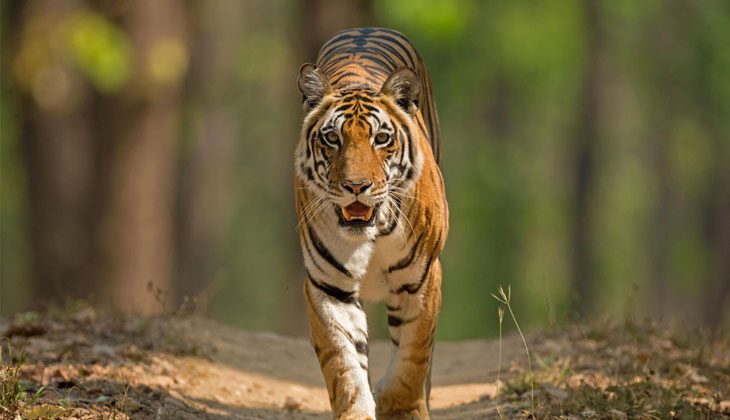 The name of this park is kept on the Pench River which flows from its northern end to southern end and thus divides the park in similar halves called eastern zone and western zone. This park is not merely a home of a variety of wild animals, but also gives shelter to millions of human beings. At present, there are ten villages flourished in and around the Pench National Park. In all 10 villages, 1 is inside the park that is called Fulzari and remaining 9 are outside the Pench National Park at its border.

You perhaps do not know that Pench had got its title as a sanctuary back in 1965; however, in 1975, it received the status of being a National Park. So, it was not always a prestigious as it is today after gaining the title of National Park. From the time, it became a national park, it accommodates a number of tigers along with many other endangered wild species. Due to the exclusive presence of numerous tigers in Pench National Park, it also got the status of Tiger Reserve in 1992 and presently, is a part of Project Tiger. The charm and exquisiteness of Pench National Park has brought it in the famous classic – The Jungle Book written by Rudyard Kipling.

If you fond of classic tales of English literature, you will find Pench National Park quite similar to the description of them; however, its wildlife and forests make it more than any imaginary tale. Home of a variety of flora species including Salai, Mahua, Saja, White Kulu, Dhaora, Bijiyasal, Amaltas etc., Pench National Park inhibits a distict vegetation and amazing environment that soothes eyes, brain and all feelings of visitors. In addition to the variety of trees, Pench is packed with plants, saplings and grasslands.

Coming to wildlife of Pench National Park – it is a remarkable home of a variety of wild animals. It is a real home of Royal Bengal Tigers or Sher Khans. To company tigers, the wildlife of this park include Indian Leopard, Four-horned Antelope, Chital, Wolf, Gaur, Jungle Cat, Sloth Bear etc.

So, your tour to Pench National Park will help you add a colourful memory of dazzling birds and animals that you may have never ever seen before.